Special Thanks to everyone that made this project possible. 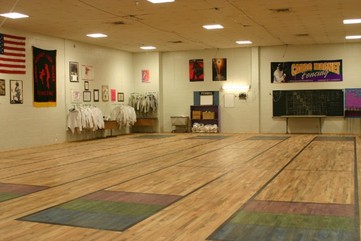 The Completion of the hardwood floor project for the Fencing Room is a huge step in the progression of our program.  Caddo Magnet Fencing would like to thank everyone that contributed to make this project possible.

The Pierce Family
Rick and Zoe, Emily (class of 2012) and Sarah Margaret

The Foy Family
Bill and Martha, and Amanda (class of 2009)

The Harriss Family
Jeff and Connie, and Peyton (class of 2009)

The Lockhart Family
Gloria and Claude, Natalie (class of 2011), Valerie, and Allison

The Morehead Family
Buddy and Deborah


Also, special thanks to those who helped unload and move the wood supplies: